How Long Does Kratom Take To Kick In?

Kratom is a medicinal leaf that has many beneficial effects on your body. It has been used in Southeast Asia for hundreds of years as a natural remedy for many ailments. It is also known as a stimulant and has been used by people to boost energy levels and improve mood and focus.

Kratom leaves can be chewed, dried, smoked, put into capsules, or made into tea. The different methods of consumption will produce different effects, which is why it’s important to understand your own needs before taking Kratom.

Also, the effects will depend on how much Kratom you take, your health, weight, and other factors.

So if you are thinking of trying kratom and are wondering how long does kratom take to kick in, keep reading. 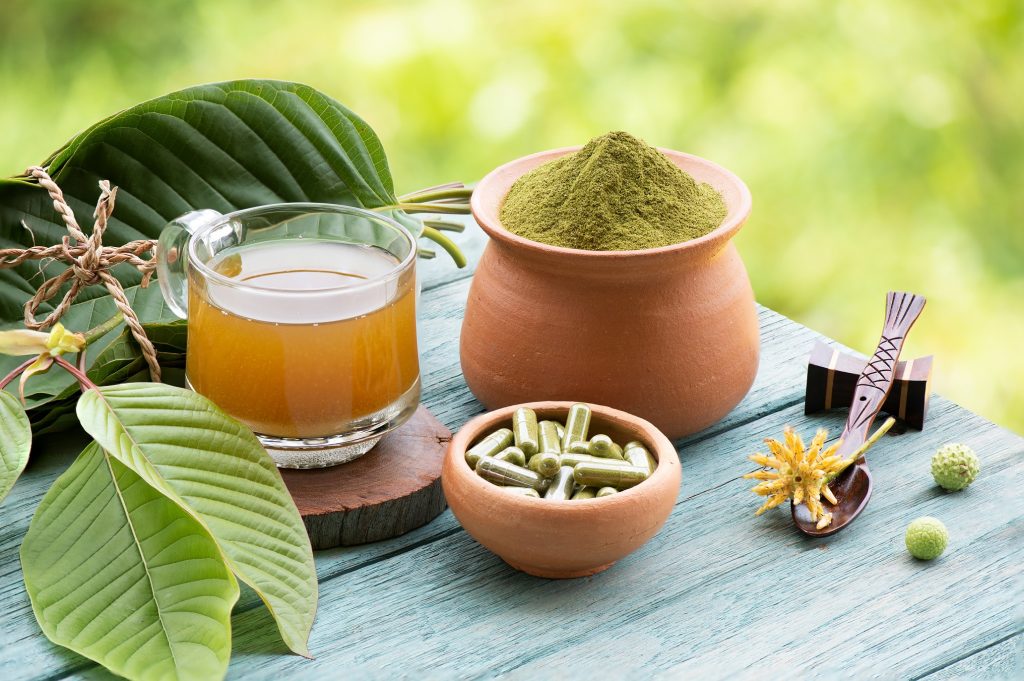 How Do You Use Kratom?

There are many different ways to take kratom, and one of the most popular ones is through capsules. Kratom capsules are easy to take, and they provide a consistent dose of kratom each time.

You can also take kratom in other forms, such as powders, teas, and tinctures. However, kratom capsules help mask the bitter flavor that can come with kratom powder and kratom tea.

Is There a Difference Between Kratom Capsules and Powder?

The main difference between capsules and powdered kratom is that capsules are more expensive and more convenient to take. Kratom powder can be added to drinks, food, or simply be taken with water. However, it can be hard to measure a correct dose of kratom powder, which is why many people opt for capsules.

Kratom capsules come in a wide variety of dosages (usually 66-500 milligrams per capsule). So if you’re trying to find your ideal dose of kratom, buying it in capsule form makes it easier than having to weigh out precisely measured amounts every time you want to ingest the substance.

Another difference is that some people find the taste of kratom powder to be unpleasant, making capsules a more attractive option.

There’s also a difference in how long it takes the different forms of kratom to take effect. Kratom powder usually works within 10-15 minutes, while capsules can take 30-60 minutes to work. In general, powdered kratom is considered more effective than kratom capsules. However, it may be a matter of preference for some people.

What Are the Effects of Kratom?

Kratom effects vary from person to person, but the most common include:

There have been reports of people experiencing unpleasant side effects after taking kratom such as dizziness, nausea, vomiting, constipation, seizures, and hallucinations. But these cases are rare and typically occur when the person takes too much or combines it with other substances.

How Long Does It Take for Kratom To Kick In?

Many people report feeling the positive effects of their first dose within minutes of taking it, while others say they don’t feel anything for up to an hour. But generally speaking, the length of time it takes for Kratom to kick in depends on a number of factors, which include:

The Type of Kratom You Take

The type of kratom you take can affect how long it takes to kick in. The two most common types are red vein and white vein, but there’s also green vein kratom. The different colors are a result of the plant’s growing conditions. Each type has a slightly different alkaloid content, which can result in different effects.

Typically, green vein kratom has a lower alkaloid content than red or white vein, so it takes longer for it to kick in. This can vary from person to person, though. Some people might feel the effects of green vein kratom within 15 minutes while others might not feel anything until an hour has passed.

Red and white veins both have high alkaloid content, so they tend to work more quickly. Red vein kratom is usually associated with stimulating effects, while white vein is typically sedating.

The Method of Ingestion

No matter what kind of kratom you use, how you ingest it will also affect the onset time. If you swallow dry powder straight from a baggie, it’s going to take longer for the effects to kick in than if you mix it into a liquid or eat something with it.

Some people prefer to make kratom tea using the powder while others like tossing and washing (basically just putting some powder in your mouth and chasing it with water). Tossing and washing tend to work more quickly since there’s no barrier between the kratom and your digestive system.

The Dosage Size and Frequency

The amount of kratom you take can affect how long it takes to kick in. The more concentrated your kratom is, the faster it will work. If you are taking a small dose, it may take longer for the effects to kick in. For example, if you take 5 grams of powdered leaf per day, it may take longer to feel the effects because there’s less kratom in your body than someone who takes 10 grams daily.

If you take kratom regularly, the effects from a certain dosage might not be as strong because your body becomes used to it over time.

The amount of tolerance you have to kratom is probably the most important factor that affects how long it takes to kick in. Tolerance is the amount of kratom you need to take for it to be effective.

If you have a high kratom tolerance, you can reduce the amount of time it takes for kratom to kick in by reducing your tolerance level. The best way to do this is by taking a break from kratom for a few weeks.

However, if you want kratom to work quickly, then start with a low dose and gradually increase from there when needed.

Purity Levels of Your Specific Batch of Kratom

Batch-to-batch variation can also impact how long it takes for kratom to kick in. If you’re using a lower-quality kratom, it will likely take longer to feel the effects because impurities can slow down absorption. Whereas, if you use a higher quality kratom then it is more likely that you will feel the effects quicker.

Also, kratom works differently depending on the make of your body’s chemistry. For example, some people have more efficient digestive systems than others and therefore tend to get more benefits from kratom.

Kratom is not currently regulated in the United States, and its legal status varies from state to state.

The controversy surrounding kratom has been fueled by the lack of research showing how this herb affects the body. According to the American Kratom Association, there are no known long-term effects of using kratom. However, there have been reports suggesting that overdosing it can result in undesirable symptoms, which is why ensuring you take the right dose is crucial.

By understanding the variables that affect how long kratom takes to kick in, like your body weight, metabolism, tolerance level, and strain strength, you can anticipate how your unique experience will play out. The faster the onset time and the shorter the time span before reaching peak effects, the shorter and more intense the experience is likely to be. 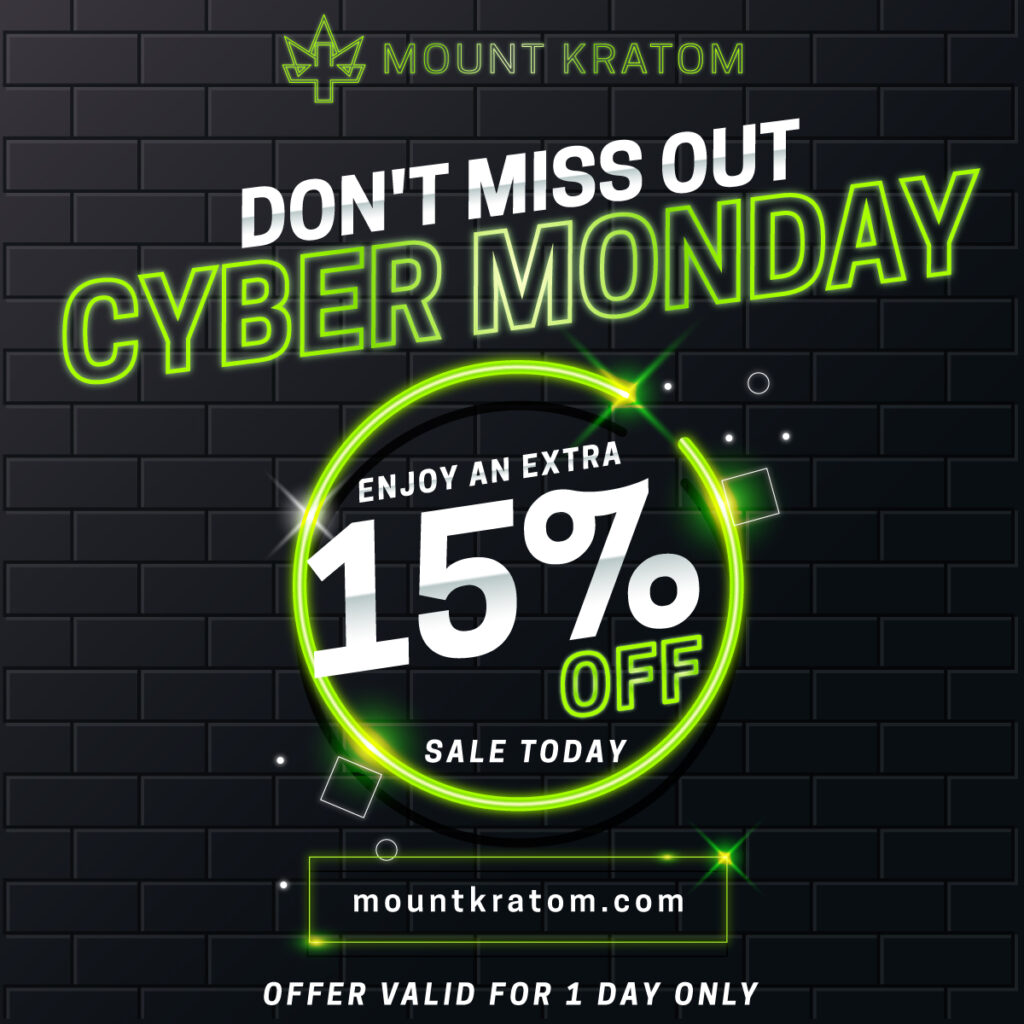